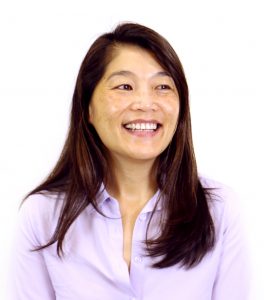 Cindy I-Fen Cheng is a historian by training with an emphasis in feminist studies and critical theory. After taking her first Asian American Studies course as an undergraduate at the University of California, Los Angeles, she was hooked. She completed her Ph.D. at the University of California, Irvine, hoping that one day she could share with others just how transformative it was for her to see herself represented in U.S. history and culture. She dedicated her first book to exploring how Asian Americans shaped U.S. Cold War culture and in particular, the credibility of our nation’s democracy. Citizens of Asian America: Democracy and Race during the Cold War (New York University Press, 2013) won the Asian Pacific American Librarians Association’s Award for Literature in Adult Non-Fiction. She followed this book by editing The Routledge Handbook of Asian American Studies (Routledge, 2016). She has also published numerous articles that have appeared in the American Quarterly, Journal of Asian American Studies, and other academic journals and anthologies. Currently, she is working on a book length study on race, immigration, urban poverty, and the growth of California’s skid rows.