Join us for Madison’s Asian American Media Spotlight on Saturday, October 7th! We are screening two films on one day: SEADRIFT and MS. PURPLE. Both films will be followed by in-person Q&A with the filmmakers (who will be in attendance!) Both screenings are free and open to the public at the Cinematheque at UW-Madison. 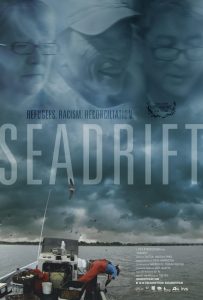 Director Tim Tsai’s documentary explores the drama surrounding a violent episode in 1979 on the crab boats of Seadrift, Texas. The sleepy town of predominantly white fishermen had become home to a growing number of Vietnamese refugees following the Vietnam War, and the tensions that erupted over fishing territory lead to a maelstrom of violence—including boat burnings, the resurgence of the KKK, and a fatal shooting. Although it focuses on an incident from 40 years ago, the questions it raises about immigration, refugees, and racial violence are more timely than ever. 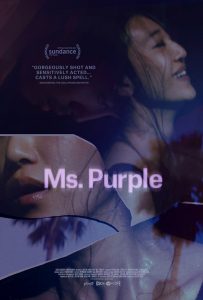 This sophomore feature from Justin Chon (Gook, 2017) centers on Kasie, a Korean American young woman who struggles to care for her bedridden father while spending her nights working as a hostess at a Koreatown karaoke bar. When she finally turns to her estranged brother for help it seems like things might turn around, but eventually they must both deal with their family’s complicated past. The film beautifully and sensitively illuminates some of the shadowy corners of Los Angeles that are often hidden from view.