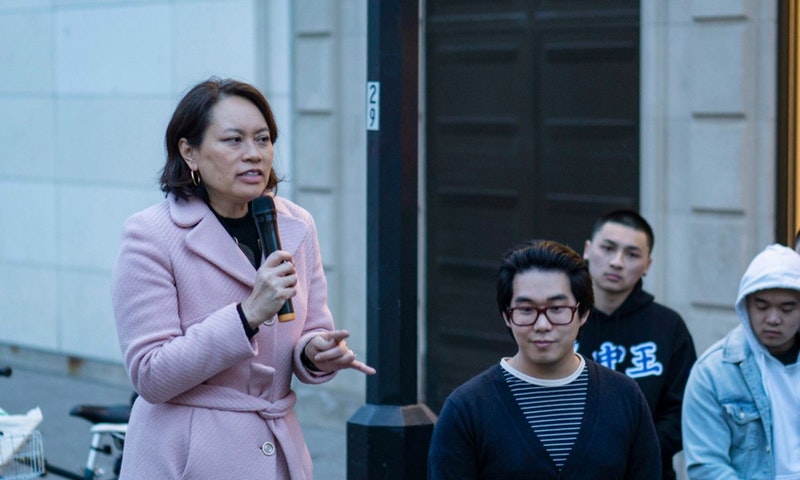 After receiving backlash for misrepresenting Asian narratives, a panel discussion on the Broadway musical “Miss Saigon” was organized to provide community members an opportunity to share concerns about the controversial musical.

The panel, “Perspectives on Miss Saigon: History and Community,” organized by UW-Madison’s Asian American Studies Program in collaboration with the Overture Center for the Arts, was canceled Wednesday — less than 24 hours before the event.

Set in 1975, “Miss Saigon” tells the story of a young Vietnamese woman who falls in love with an American G.I. Historically, the play has been promoted as an epic love story; however, some have said the film promotes stereotypes and harmful messages about the Asian community.

Despite the Overture’s notification of the event’s cancellation, the Asian American Studies Program hosted their own “teach-in,” a dialogue on a subject of public interest, held on the sidewalks outside the arts center.

Dr. Lori Kido Lopez, a UW-Madison Asian American Studies professor, expressed her shock to the panel being canceled at the teach-in.

“This doesn’t make sense to us,”  Lopez said. “Those of us who met with them had a common goal, and that was to educate the public. We wanted to make sure there was an opportunity to talk about this show and bring new voices to the conversation.”

In a news release, Overture’s Senior Vice President for Equity and Innovation Dr. Ed Holmes said, “we determined that we have a misunderstanding with the people that we are collaborating with for this dialogue.”

Professor Yu said they worked hard with the Overture over the past couple of months and imagined an informative conversation would have taken place.

“Instead of having an educational discussion, it turns out that our questions were too inflammatory and too provocative,” he said. “Quite simply, they wanted to have the conversation ultimately on their terms.”